At the KC AGM in May I asked for our Breed Clubs to be provided with the data to demonstrate why the Dog Show Promotion Working Party were concerned that Breed Clubs were failing and that they needed to merge or join forces with General Championship Shows.

Specifically, I asked for entry data to show Breed Club vs. General Championship Show entries and how that had changed over time.

In the absence of that data, I have collated the show entry data for Mini Smooth Dachshunds with Challenge Certificates at shows in 2005, 2010 and 2015 from the results pages of showdach.co.uk. Mini Smooths have the largest Dachshund entry of the six varieties, so there is more data available to analyse and from which to draw conclusions.

The answers to the “declining show entries problem” lie in the data and they are NOT the solutions we have been presented with so far.

Highlights from my analysis:

A similar analysis for the other Dachshund varieties might show different results, but I simply don’t have the time to do this for all 6 varieties. The other breeds being targeted by the KC might also find different results.

My biggest concern is that Breed Clubs are being “challenged” to do things without ANY data to support the arguments. The Kennel Club is data rich; they have all the show entry data. We need to see the data and the analyses to support a definition of the “Breed Club problem”.

Download my full analysis, here. I acknowledge that I don’t have the full set of data for the three years (there are gaps for 2005) and my classification of Breed Specialist vs. All-rounder may be flawed. One of my favourite quotes is “Prejudice is a great time saver; it enables you to form opinions without having to gather the facts“. Based on the available data, I have presented the facts as I see them. 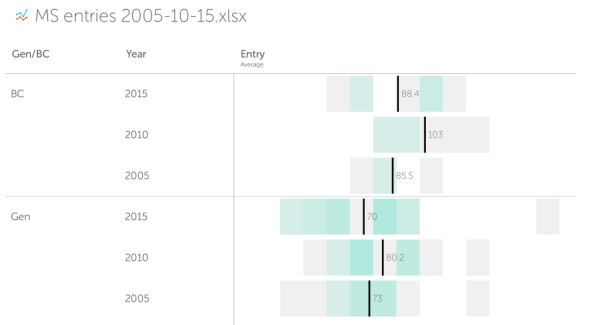 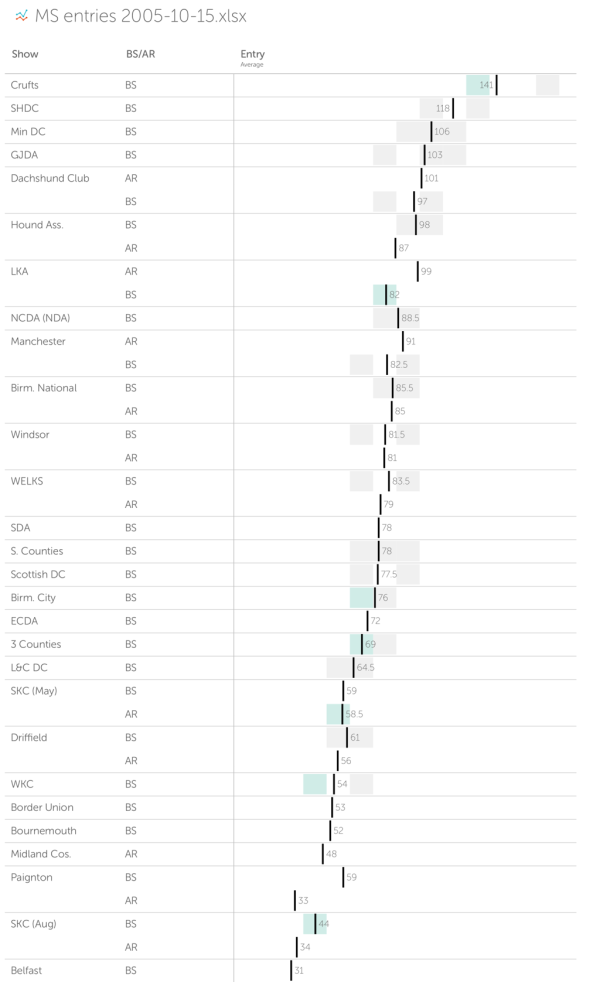 Shows held outside the Midlands: