Making sure the obvious really is obvious; my September 2017 “Best of Health” article

Some people are caught out and surprised at the “unintended consequences” of a decision or action to improve breed health. For others, these are entirely predictable outcomes which are merely minor blips on the journey towards a more significant strategic goal. The world of breed health improvement has plenty of examples and, this month, I want to discuss some of these and see if we can draw any conclusions about why “the obvious” may not be so obvious to some people.

Of course, it is important to recognise that “unintended” is different from “unanticipated”. It is perfectly possible that a decision in relation to breed health, such as introducing a new DNA test, could result in consequences that, while unintended, are not unanticipated! Anticipating the consequences of a particular policy decision or course of action should be a core responsibility of the people making the decision or taking the action. 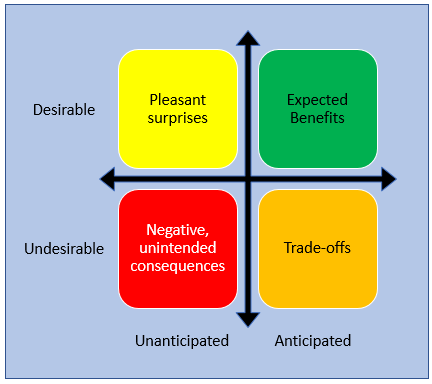 A good example of unanticipated AND unintended consequences is the introduction of the Cord1 PRA DNA test for Miniature Longhaired Dachshunds around 2005. Breeders had long known there was a problem with PRA and had diligently used the BVA/KC/ISDS Eye Scheme to identify clinical problems in their dogs. Breed Clubs regularly ran eye-testing sessions and the results were published by the KC as the condition was on Schedule A (inherited diseases). The development of the DNA test led to a commercially available “solution” which gave breeders the possibility of eliminating the risk of dogs going blind at a young age. Unfortunately, it also meant most breeders stopped doing the clinical eye screening test.

However, back in the day, very few breeders understood much about genetics and even less about genetic diversity. The language of Clear, Carrier and Affected was new to them, as were terms like homozygous and heterozygous. Jeff Sampson and Cathryn Mellersh did some amazing work educating breeders and trying to help them understand how to interpret and use DNA test results for individual matings as well as the wider implications for the breed. Despite this, messages like “it’s OK to breed with Carriers and Affecteds as long as you use a Clear dog” really didn’t sink in. What we saw, instead, was the stigmatisation of Affected dogs (and to some extent, Carriers) to the point where these dogs were removed from the breeding population. The unintended consequences were that the gene pool was further depleted and there was more selection pressure on Clear Stud Dogs, adding to the Popular Sire Syndrome and its associated risks. Being one of the first DNA tests, these were also probably unanticipated consequences; there was very little history to learn from and most messages were either not heard or not understood.

Fast forward 10+ years and we have data from our 2015 Breed Health Survey of 2000 Dachshunds that shows Miniature Longhaired Dachshunds have several health issues seen with higher prevalence than in the other 5 varieties of Dachshund. They have, for example, four times the rate of Idiopathic Epilepsy and a clinical eye examination of a sample of dogs showed around three quarters had some degree of Distichiasis. Over the past year we have also had a cluster of reports of early-onset lymphomas which our Health Committee is concerned about. When the KC published its Genetic Diversity reports in 2015 we concluded “Declining registrations and the overall trend in COI, when taken with extensive use of “popular sires”, are points of concern for the Miniature Long-haired variety”.

How to reduce negative unintended consequences

Learning from your own, or other people’s, past experience is one of the key ways to avoid or anticipate negative unintended consequences. When the Wirehaired Dachshund Club launched the DNA test for Lafora Disease in 2010, they had the benefit of learning from the Cord1 PRA experience. They recruited around 100 dogs for a heavily subsidised initial screening exercise and made the results public immediately. It was entirely predictable that some breeders would choose not to participate because of the decision to publish the results. The club felt it was important to be open and transparent about the extent of the problem in the breed. Other, new tactics were also employed, again learning from experience. Communication of the need for screening was directed at owners and potential owners, as well as at breeders. This helped to create “demand side” pressure for Lafora-screened litters. Publishing the data on the proportion of “safe” and “unsafe” litters every quarter from the Breed Records Supplement provided further evidence of progress and was a good way to recognise what was being achieved.

A second aspect of avoiding or anticipating unintended consequences is to understand the systemic impact of a decision and potential perverse responses. The “system” for canine health improvement is complex and I’ve written about this before. Decisions made in isolation invariably impact on other parts of the system. Those who cannot think systemically are doomed to make “simple” decisions that result in unintended adverse consequences. This is the realm of U-turns! Perverse responses are not that unusual. With the Lafora DNA test, we had people denying that there was a problem in Mini Wires, despite the evidence from test results showing 10% of dogs were “Affected”. Another perverse response from some people was to challenge the validity and reliability of the test. In both these cases, the team managing the Lafora screening programme responded with a series of “myth-busters”. These were short, evidence-based, statements explaining the facts and debunking the myths.

Keep the end goal in mind

We anticipated these things would happen and had responses in place so that they made only a minor impact on our overall goal of stopping the breeding of Lafora-affected puppies.

Interestingly, we also had some pleasant surprises when the Lafora test was launched. A number of Mini Wire pet owners started campaigning for wider adoption of the test by breeders. They added to the credibility of our communications with their down-to-earth stories of what it was like living with a Lafora-affected dog.

In November 2016, the Dachshund Breed Council launched an X-ray screening programme for Intervertebral Disc Disease (IVDD) which is the most significant health challenge we face. The range of reactions to this new programme are pretty much what we anticipated and we realise this will be a much longer-term project than either Cord1 PRA or Lafora Disease screening. One surprise though, has been an unintended consequence of breeders having a decade of experience with DNA tests: the expectation that a screening programme can give a “definitive” answer. X-ray screening for complex diseases (e.g. Hips, Elbows, IVDD) can never give the same “Clear” or “Affected” answer as a DNA test for a simple, recessive mutation. We will therefore have to work hard to communicate the science behind IVDD screening and how the results can be used to reduce IVDD risk.

In conclusion, in the world of breed health improvement, “the obvious” may not be so obvious to some people if they repeat the mistakes of the past, don’t think about the wider system and take a short-term, self-interest, perspective when making decisions.

I’ll end with a quote that is usually attributed to Albert Einstein: “Insanity: doing the same thing over and over again and expecting different results”.