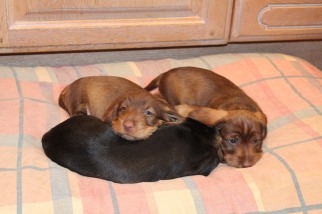 On the day the UK Covid-19 lockdown was announced, I wrote a Friday Essay for Our Dogs describing some of the potential unanticipated consequences of the pandemic and the government’s response to it. I asked, “what do we think will happen to the current trend in declining registrations of pedigree dogs?”. Even at that point in the pandemic, there was emerging evidence that puppy enquiries were booming and that seems to have continued. Breed Club Secretaries that I have spoken with have seen a massive increase in the number of enquiries. As a consequence, the Kennel Club has been busy providing advice for buyers and breeders to try to head off some of the potential problems that might arise. One of the concerns is that, once life returns to some semblance of normality, many of those dogs may be surrendered to rescue organisations.

We have known for a long time that there is a group of buyers that do virtually no research and appear to buy on impulse. A KC survey in 2017 showed that 1 in 5 people admitted they spent no time researching where to buy a puppy. More than one-third of respondents (34 per cent) admitted they were clueless about how to find a reputable breeder for their puppy and were therefore vulnerable to the scams that should ring alarm bells. Choosing a puppy took 36 per cent of people in the survey 20 minutes or less! It would be surprising if much has changed since 2017 and, with so many people having “time on their hands”, the temptation to buy a puppy on impulse is probably much greater.

Those of you who read my “Best of Health” articles (thank you!), will know that one of my recurring messages is that addressing canine health and welfare problems is actually a human behaviour change (HBC) issue, rather than a veterinary or scientific one. Unless breeders, buyers and owners (and a few others) change their behaviour, we will continue to see dogs suffering.

How hard can a puppy really be?

I’ve recently been speaking with Justine Williams who launched the Our Family Dog website last year. She’s also interested in human behaviour change and has been applying some of the HBC principles and tools in the design and content of her website and a support forum. Her blog recently featured an article titled: “How hard can a puppy really be?” where she describes the mismatch between the expectations and reality of owning a puppy. She says: “The reality of what new puppy owners have let themselves in for only hits home as the sleepless nights, piles of poo and puddles of pee on the carpet, and having to be on puppy watch 24/7, begin to take their toll”.

An Open Access paper published at the end of April discusses some long-term research into the dog-owner relationship. It found that how owners’ expectations and beliefs changed over time depended on whether they had experience with dogs (owning a dog presently, in the past, or never). In the first six months of ownership, especially for people with no prior experience with dogs, the owners had to adapt their expectations and beliefs. In the subsequent year, only a few differences based on dog ownership history were found.

Who are the puppy buyers?

Research by the KC has also identified different buyer profiles and this highlighted attitudes to dog health, in particular.

Justine, at Our Family Dog, has identified 4 key buyer/owner problem behaviours which she has mapped to the early stages of the dog ownership journey. The behaviours are:

When I was speaking with her, I suggested there must be something we can learn from the challenges faced by first-time human parents. She agreed and said there’s a lot of HBC thinking behind organisations such as NCT (National Childbirth Trust) where, for example, they have resources to support the first 1000 days (from pregnancy to a child’s 2nd birthday). The peer-support offered through Mumsnet is another example. Our Family Dog has worked hard to collect stories from new dog owners and these help other new owners to realise that a puppy is hard work and it’s perfectly normal to panic or despair.

Thinking about the dog ownership journey as a series of discrete stages is a really helpful way of identifying the problem behaviours that owners make and for developing practical tools and tips to get them through to the next stage.

The reality is that it’s extremely hard to overcome the impulse-buyer problem but we can make sure that good quality advice and support is available when novice owners “hit the panic button”.